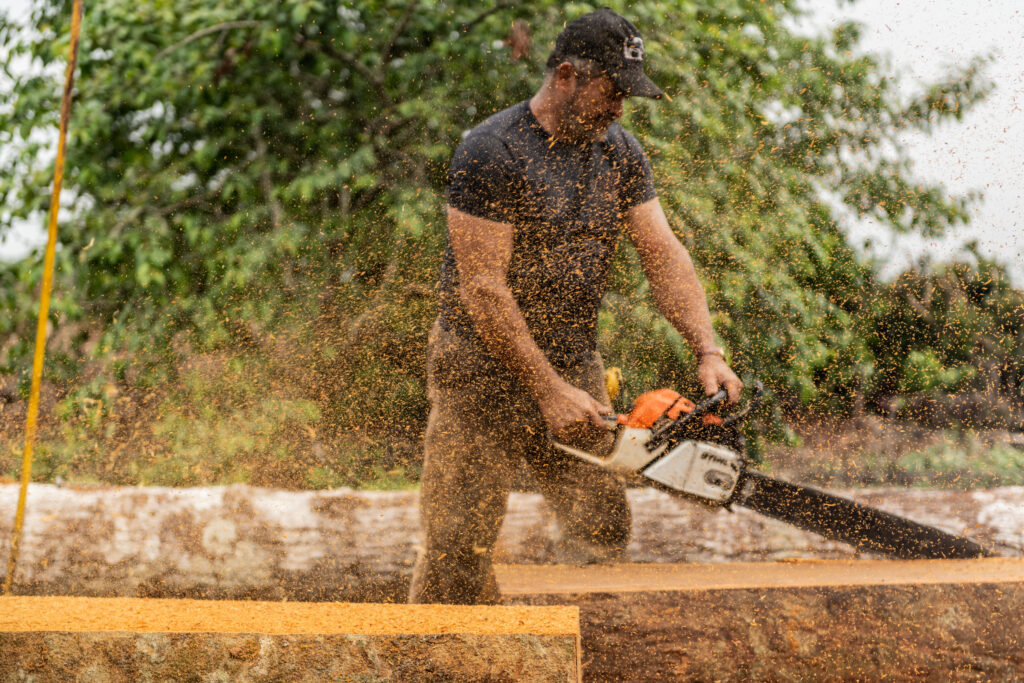 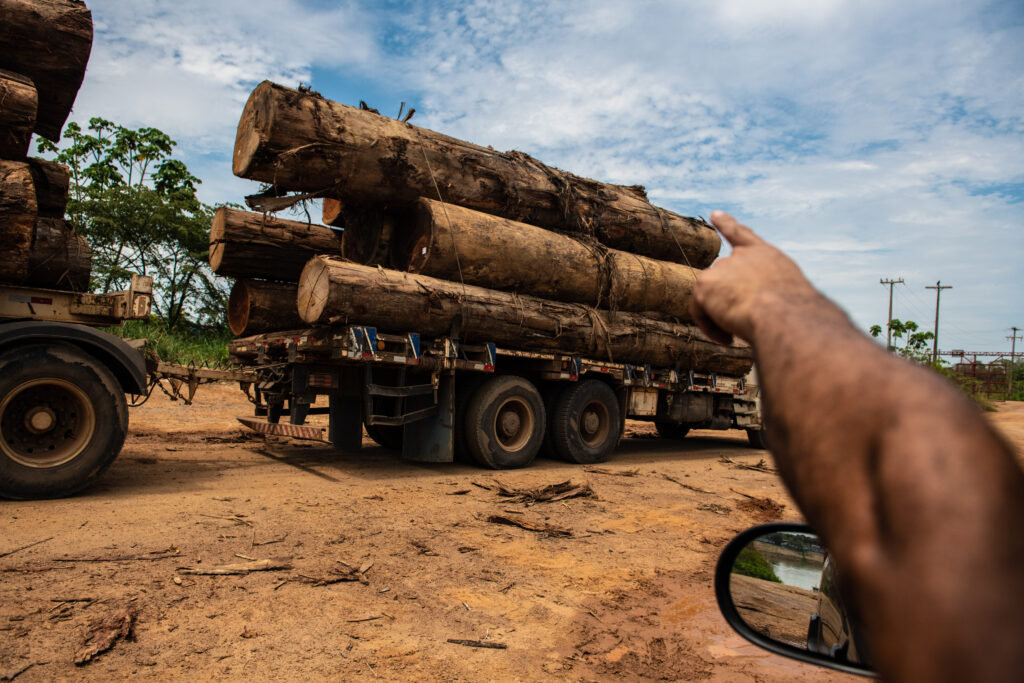 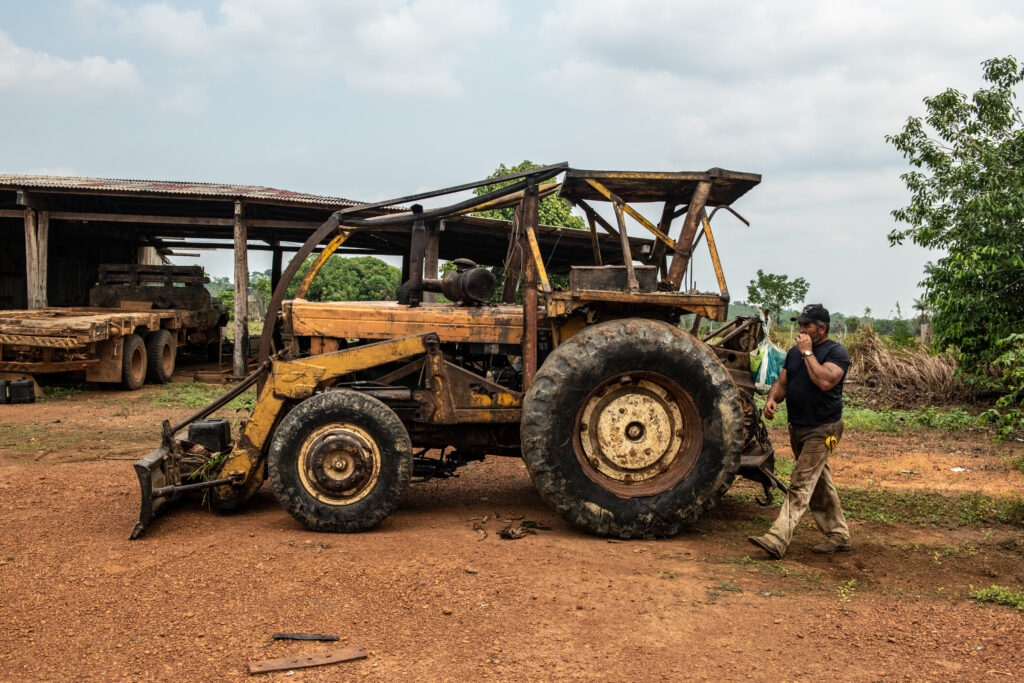 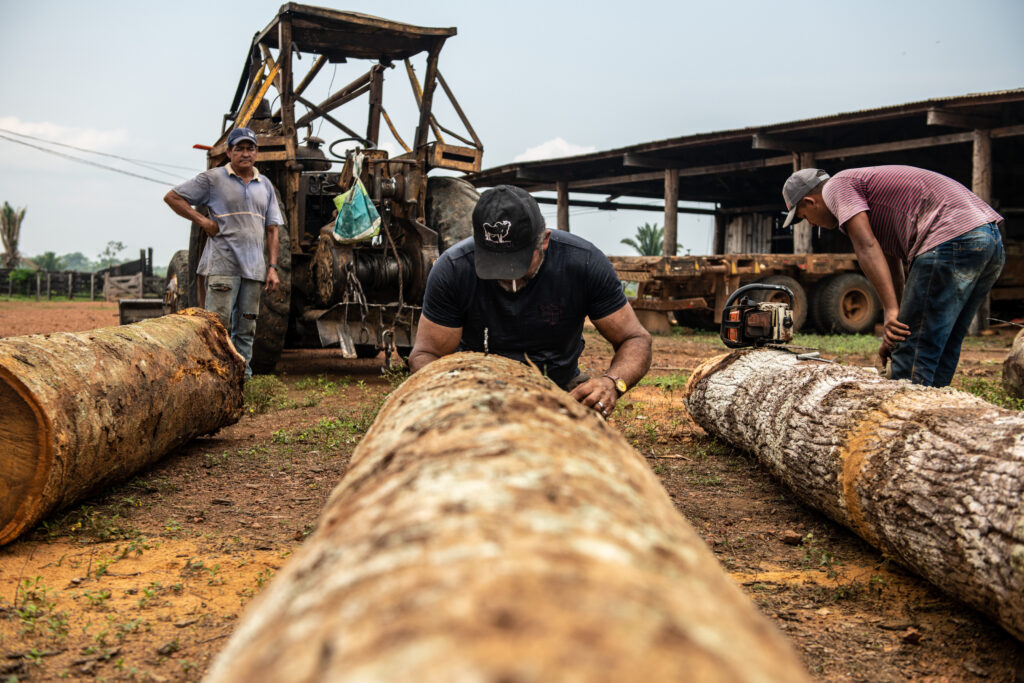 Others, with a little money and power, take risks as entrepreneurs in this economy that operates largely outside the law, but which is silently sanctioned by many in municipal, state and federal government.

The supposed owner of the land we visited, a small angry  man, who smoked all the time, gave orders to two robust fellows who used chainsaws to cut huge logs into planks in a vacant backyard.

The logs being sawed came from forest deeper inside the settlement; the trees were cut down without a written and state certified forest management plan, were milled and shipped without transportation documents required by Brazilian law.

After viewing the backyard plank making, we drove with the loggers and the boss to the forest where two new trees were felled, a garapa (Brazilian ash, Apuleia leiocarpa), and a roxinho (purple heart; Peltogyne paniculata), both valuable woods that would ultimately be transported by barge downriver to Brazilian cities for distribution nationally, or for export to the European Union, U.S. or elsewhere — ending up eventually as expensive decking or flooring.

This long, convoluted journey from Amazon forest to lumber yard or home improvement store would likely (though not necessarily) be conducted using falsified documents — with few questions asked by middlemen or retailers at the far end of the supply chain.

We couldn’t help thinking about how much these great trees were worth growing in the Amazon, rather than being turned into planks, porches and trod upon. The trees easily stood at over 25 meters (~82 feet) tall, and rose up like magnificent, strong patriarchs and matriarchs of the forest. We couldn’t help feeling that the sharp, loud somber crack they made as they fell sounded like a scream of death agony echoing through the forest. 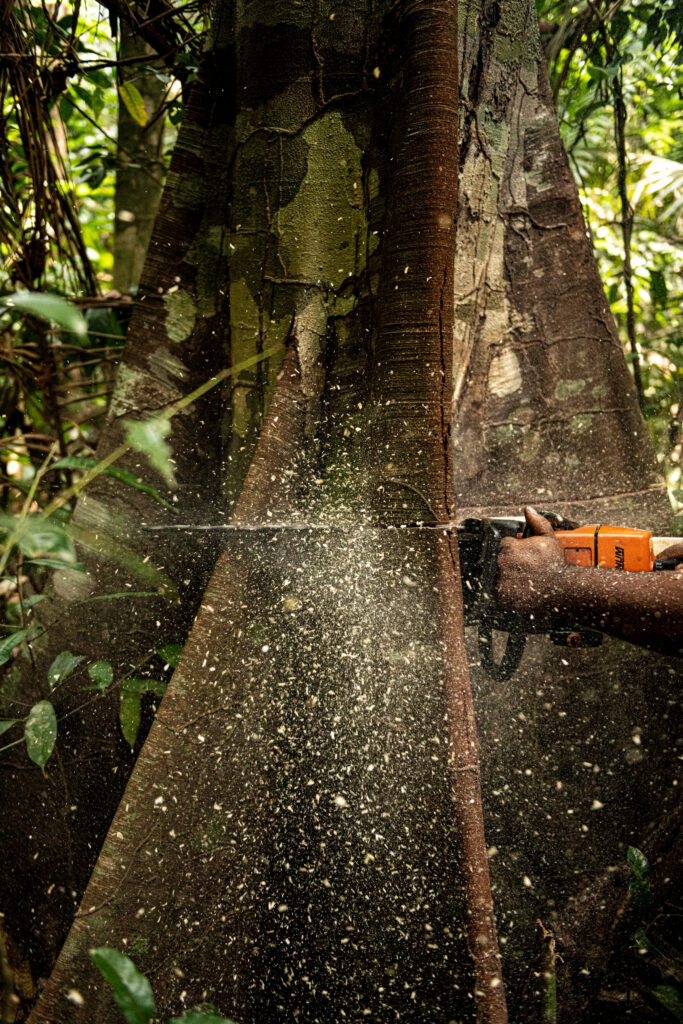 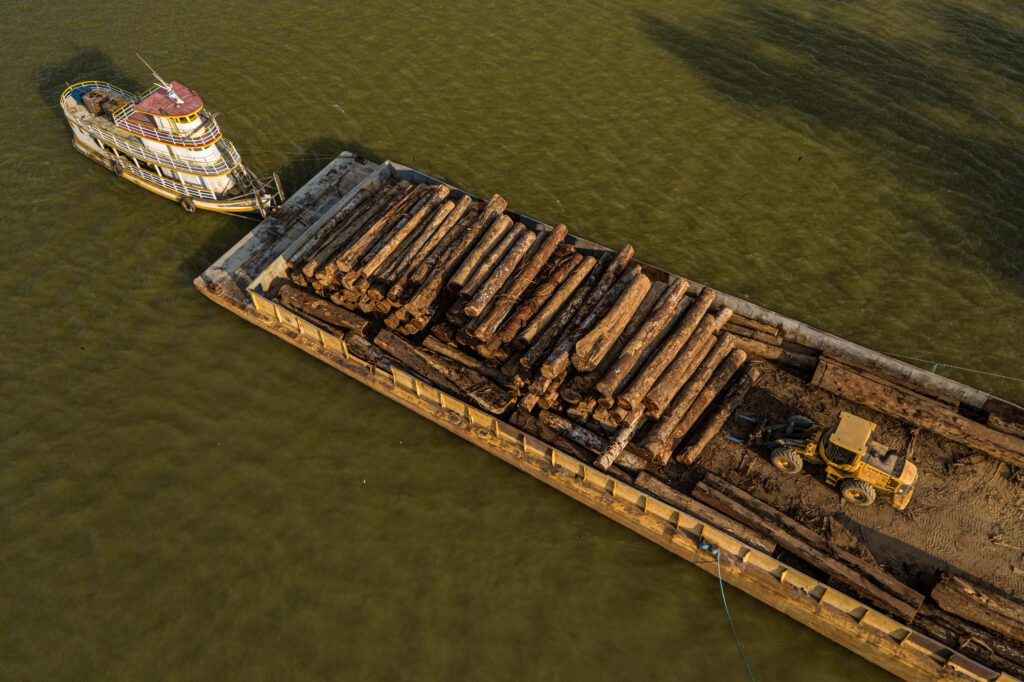 An urban Uber driver and the rural chainsaw operators we met in the Amazon have something in common: both are informal workers — poorly paid, at the bottom of the economic ladder, but essential hired-help and vital to the global gig economy.

Like the Uber driver, these men are autonomous professionals who jump from job-to-job and are accustomed to sailing the rising and falling tides of economic instability and financial insecurity.

The men working in the Amazon are not only accustomed to that instability, but also to the illegality — they neither question the legitimacy of their employers, nor worry much about potentially looming law enforcement — especially under the presidency of Jair Bolsonaro who has defunded, gutted and de-fanged IBAMA, Brazil’s environmental agency along with other enforcement institutions.

The loggers with whom we spent the day somewhere in Rondônia, each received 100 reais (US$ 15 to 20) for their labour cutting the trees and sawing logs. That’s roughly equivalent in value to about two cubic meters of the valuable wood we saw cut down that day. Trees like the ones we witnessed being felled yield between 16 and 18 cubic meters.

The owner of the property profits a little more by reselling the wood to middlemen. But certainly, those who profit the most, and the biggest beneficiaries of often illegally laundered timber, are the final resellers in Brazil, located in Amazon state capitals, places like Manaus, Porto Velho or Belém, or in a great metropolis in southern Brazil, like São Paulo or Rio.

While a cubic meter of a tree felled in the Amazon is worth around 50 to 60 reais (about US$10 dollars at today’s exchange rate) as it is being sawed into planks, it will have gained at least twice as much value at a lumber yard counter in São Paulo or Rio de Janeiro, and far more than that if the destination is a home improvement store chain somewhere overseas. 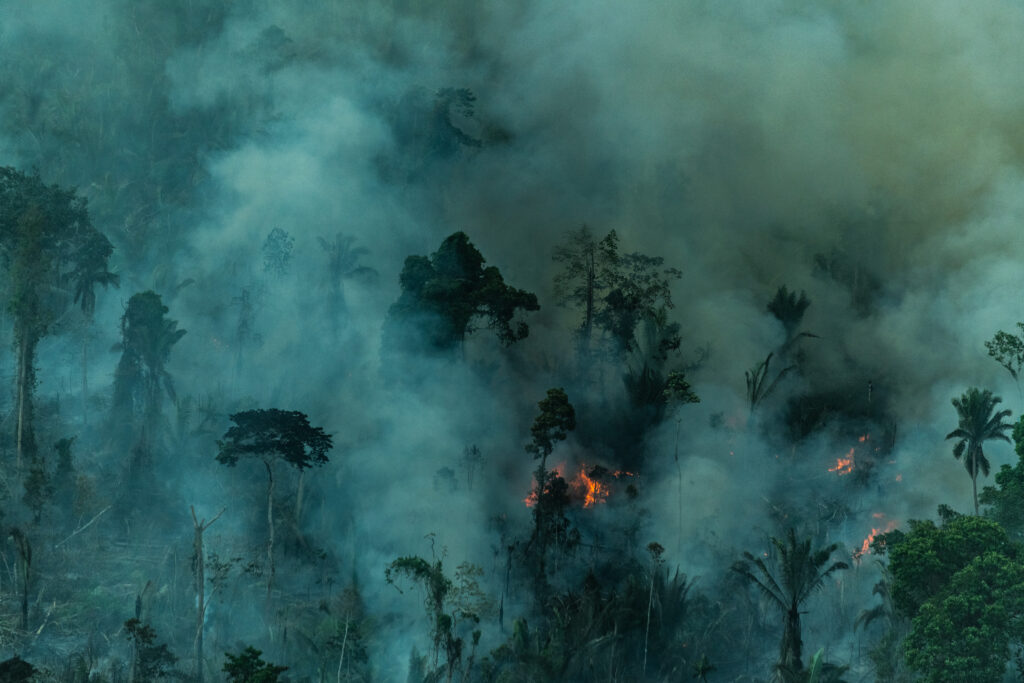